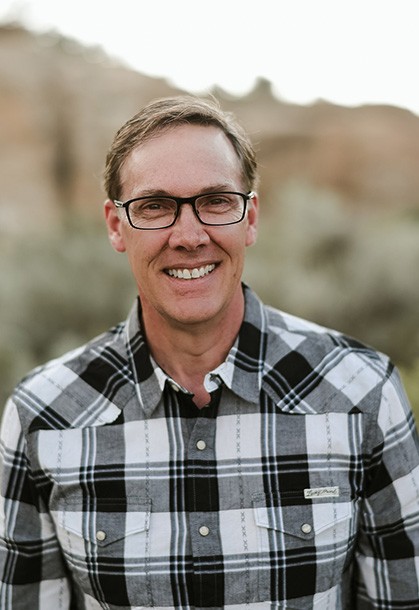 Dr. James Cole is originally from College Station, Texas. He attended Texas A&M University there in 1985, receiving his BS in Biology. He then went on to study for his Doctor of Dental Surgery from Baylor College of Dentistry, graduating in 1990. He was an officer in the Indian Health Service from 1990-94, appointed to the New Mexico Board of Dental Health Care for three years, and a trustee to the New Mexico Dental Association. He's been in private practice in the four corners region since 1994.

Dr. Cole is additionally a member of the American Dental Association, the Academy of General Dentistry and American College of Dentists (only 3% of all dentists in the United States are part of this prestigious group). He's served in several positions with the Northwestern District Dental Society, including two terms as president, and since 2012 he has served as president of the New Mexico Dental Association, an organization of which he's been a member since 2009.

By creating beautiful, healthy smiles, he can make a positive impact on people's lives, and nothing gives him greater professional satisfaction than helping a patient become confident with who they are through dentistry.

Dr. Cole and his wife Robyn have three children, and most of Dr. Cole's extended family lives in Texas. When he's not volunteering or spending time with family, he's bicycle racing, participating in triathlons, weight lifting, and taking part in various forms of exercise. Dr. Cole and Robyn have been members at their church since 1990 where they have both taught Jr. High and High School Sunday school for many years.